Your vehicle will be supplied with a full tank of fuel. To avoid incurring fuel charges, you will need to return it with the same amount of fuel as it had when you collected it. You may be required to leave a fuel deposit reserved or charged on your credit card, this will be released or refunded when you return the car full. Missing fuel will be charged on your return. The price per litre charged by the rental agent may be significantly higher than the price at the local service station. A refuelling charge may also be applicable.

Customers who fall outside the age limitations will not be able to hire a car unless there is a young or senior driver fee specified in this section. Please note that if applicable, this fee will be included in the rental price and will be payable on arrival at the rental desk in the local currency.

For Vehicles rented in Queensland, New South Wales, Australian Capital Territory, Victoria, Tasmania & South Australia, the permitted area of use DOES NOT include Western Australia or the Northern Territory.

Vehicles may not be driven above the snow line (from June to October), on beaches, in watercourses or rivers.

2. For those Vehicles hired from the Northern Territory, the Permitted Area of use does not include any other States or Territories of Australia.

3. For those Vehicles hired in the Northern Territory on the road to Jim Jim Gorge and Twin Falls or north of the Oodnadatta Track (including the following areas: Mount Dare, Dalhousie Springs, Witjira National Park and Pedirka Desert).

6. The Permitted Area of Use in South Australia does not include any place further north than Wilpena or in a westerly direction beyond Ceduna. 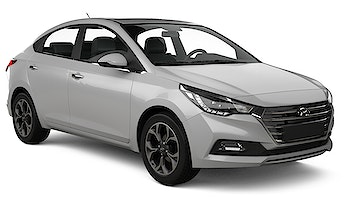 Fee for pick-up at an airport location. Included in the total price of your rental but may be payable at the rental counter. You may need to pay an airport fee on top of optional extras purchased at the counter.

Breakdown assistance is included with this car. In case of emergency during business hours, call the number provided by your car hire supplier and they will send help. Assistance outside of business hours may incur an extra charge. Please note that this only covers mechanical failure.

Unlimited mileage with this rental means you can drive as much as you want, with no additional charges for extra kilometres.

Often referred to as CDW, this partially covers damages incurred to your vehicle. Please note that you will still be liable for insurance excess (see: Not Included section below). CDW does not cover damage or loss of keys, tyres, glass or undercarriage.

This covers costs relating to the theft or attempted theft of the rental vehicle but does not cover the loss of personal possessions. Please note that you will still be liable for insurance excess (see below).

This covers damage sustained to another driver’s car in the event of an accident caused by you.